According to the Google keyword checklist many people search under the term ‘alcohol statistics’. What does this mean? Is there a large group of researchers, students, or medical staff who need information, or is this used by governments to bring out another bill on alcohol taxation using the electronic highway to obtain information?

Governments in Europe are looking into, or have already accepted a bill to raise tax on alcohol in the hope that this will curb excessive drinking. But does the price of alcohol really make that much difference and make a positive change to alcohol statistics?

Research shows that problems related to alcohol are not restricted to the ‘poor’ but are amazingly common throughout all levels of society.

So-called “functioning alcoholics” – often well-educated – who still manage to hold down jobs and take care of families in spite of their often serious problems, will not hesitate to pay extra to satisfy their addiction. Alcoholics who are not financially stable have an unstoppable urge to drink and will not think twice about paying a few pounds more for a bottle, always finding ways, if necessary, illegal ways, to pay for their addiction. This bill will not affect alcoholics in any way.

Health organizations warn that our hospitals are full of young people due to alcohol-related health problems, which is a huge burden on their health budget. In today’s culture, many (young) people do not seem to have any problem consuming, and paying for, anything upward of 10 to 15 shots on an average weekend night out. Even though the price for one shot usually far exceeds the price of an entire bottle from the local supermarket. So to suggest that this large group will be positively affected by the new Bill is highly unlikely!

To agree to a European law on alcohol legislation seems silly in itself since prices in various countries greatly differ. When you buy a bottle of wine or spirits in a supermarket in Spain you will only pay a fraction of the price compared to alcoholic beverages in, for example, the UK.

‘Governmental bodies’ in Western society often seem to be totally out of touch with reality, consulting alcohol statistics drawn up by scientists who, depending on the body they are working for, can frequently be just as much out of touch with real life situations. And clearly not aware that a hike in tax on alcoholic drinks seems to be just another tax on the poor and desperate, who are, quite frankly, the only group in society to suffer from this.

Alcohol statistics are usually drawn up by researchers and then consulted mainly by other researchers. Not usually very appealing and educational for those who could really do with some real human facts through examples of fellow human beings!

Research and more research is the key to success in internet marketing. Of course, at some point in time, you have to take action based on the internet marketing statistics that you have gathered. If your research results are based on biased data or biased reviews of certain techniques, you may go off on a tangent that will hurt your bottom line.

Article marketing works best when you are promoting keyword phrases that have adequate demand and relatively low supply. You have to be careful with the tools that you are using that provide suggestions for keyword phrases. Tools can be priced quite high and they may provide results that are not beneficial for an internet marketing campaign. Personally, I have a membership to a proven site that provides the correct tools for free since they are included in my membership. I do not have to waste hundreds of dollars sifting through ebooks or software packages that claim to help you to analysis useless internet marketing statistics.

Nevertheless, there are tools that work properly. The site that I have a membership to is called the Wealthy Affiliate and the members on the site have access to software and techniques for gathering internet marketing statistics that have been proven over and over to work and to deduce powerful data.

Why waste your hard earned money on the claims of the newest method for finding the correct data for your campaigns, when you can use a resource training site that will work for you if you are willing to apply the techniques outlined ? In the beginning of my internet marketing career I was seduced by wonderful product claims that were filled with amazing testimonials. I later realized that most of data derived was not applicable to my campaigns and sometimes I actually had to redo a lot of the work that I had completed.

Trying to find a place that you can trust and that has all of the appropriate tools and explanations will save you a ton of money and time. Be sure to research a membership site for internet marketing beforehand to make sure that you are getting involved with a site that will aid you in becoming a success online. I suggest that you visit Wealthy Affiliate since I am currently a member and it is working wonders for my abilities and my future online now looks a lot brighter and promising.

Statisticians are responsible for using mathematical knowledge in order to collect and analyze numerical data, frequently using such methods as opinion polls and publicly available information in order to draw statistical inference about various topics. Statisticians may apply their knowledge to the fields of economics, medicine, marketing, education, engineering, and many others.

For example, those working for drug manufacturers must design clinical trials in order to have a drug approved by the FDA, and a statistician will collect the data and determine the results of these medical trials.

It is common for statisticians to take a small sampling of the population in order to draw inference about the population as a whole. For example, a television agency will serve a few thousand viewers in order to gain information about their viewing audience and to target their programming to that group. It is increasingly common for statisticians to use computer technology in order to calculate statistical data, and they are employed by just about every government agency.

Most professionals will work 40 hours a week, and they may have to travel in order to conduct research and to take surveys. These workers will often have a degree in statistics or math at the masters level in order to obtain employment with a private corporation. The Federal government frequently allows statisticians to apply to jobs with only a bachelor’s degree.

In 2006, statisticians had about 22,000 jobs in America, with about a fifth of these working for the Federal government and a tenth working for state agencies. The rest worked in the areas of pharmaceutical manufacturing and scientific research, in addition to insurance agencies. Job prospects for these individuals are fairly strong, and those with an advanced degree will have a wide range of opportunities. 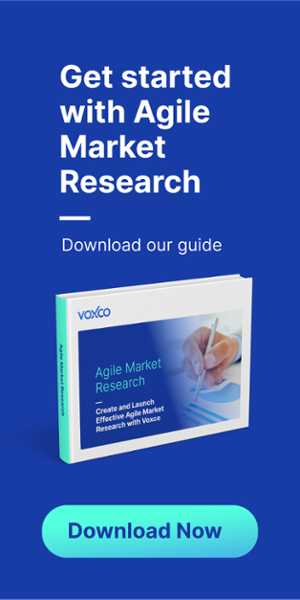